One of the most appealing aspects of going caravanning is being out in nature and stopping to take in the natural surroundings and wildlife wherever we go. Travelling around Australia I’ve been lucky enough to have many wildlife encounters. I’ve seen whales breaching and cruising past the coast in pods, hand fed dolphins and patted stingrays. All of these and more you can read about in various adventures on the website.

BUT, I am also very lucky to live in an area where the environment is very important and taken care of. It’s something I try not to take for granted that I can step outside and see a huge, clear blue sky and hear flocks of noisy and colourful parrots flying over, or the laugh of kookaburras in nearby trees. 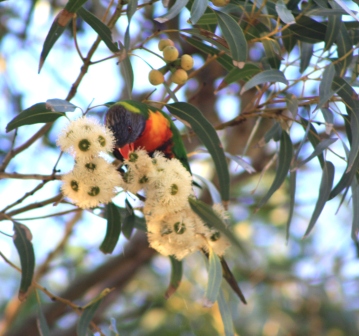 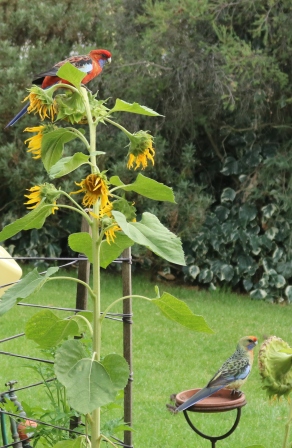 In my small patch of the Adelaide Hills where I live, we’ve had an incredible array of wildlife come and visit over the years. We’ve been visited by blue tongue lizards, seen but more often just heard possums growling and rustling around in the trees at night and for the past few years rabbits have made a return visit every year, starting off as tiny bundles of fluff jumping about on our lawns and eventually becoming big fellas that no doubt go on to breed the next generation. (Yes I know they’re a pest but I’m not about to do anything about it!)

But I think one of our favourite animals that we are lucky to have around a few times a year is a koala. He is a big healthy boy which we usually hear first at night then find him the next day in the gum tree or a more sheltered pine tree. We don’t usually see him come or go, he just appears one day and is gone a day or so later. 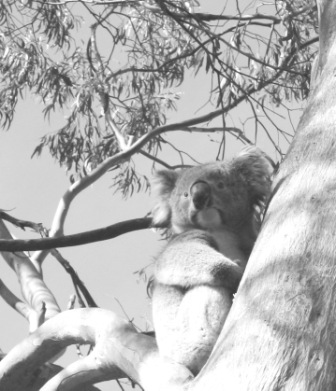 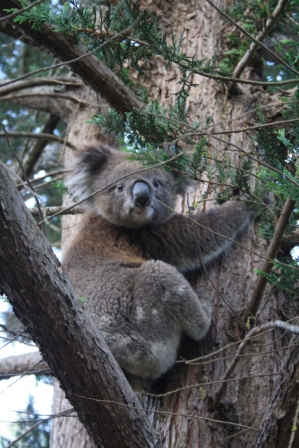 You would be thinking by this stage that I live on a property of some proportion for all this wildlife but no it’s a standard size house block in the hills of a little over a quarter of an acre. What is also amazing is that our dog (Neo the kelpie) is not the least bit fussed by all of the intruders and obviously doesn’t bother them in the least for them to keep returning. I have actually witnessed him walking patiently behind a rabbit as it hopped merrily away, not so much as chasing it or even barking. Quite amazing really, perhaps he thought he’d just round it up? 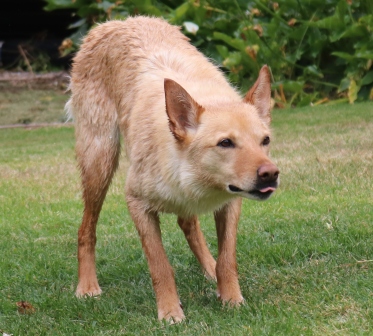 At other times during the year we are serenaded by frogs hiding away where ferns grow and water is in regular supply. The noise belies the size of these little guys when they chorus together. 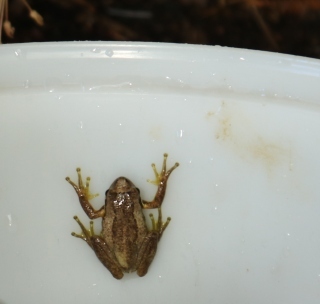 Recently though we had a new visitor that caused much surprise. At first we thought it could possibly be a toad but some quick research allayed our fears. Our new guest is a Banjo Frog also known as a Pobblebonk.  The strange names? Well they come from the ‘bonk’ call that it makes which sounds like a banjo being plucked.  A colourful edition to the menagerie.  He was put back in the garden where he was found to add to this make up of this funny farm we live in. 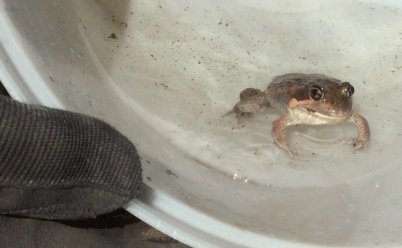 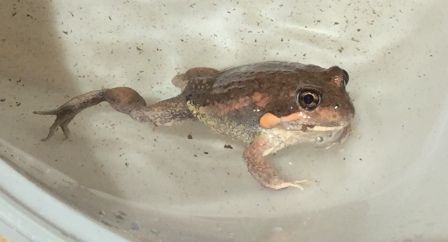 Last but not least, there are these two – Neo the lovable kelpie and Lunar (AKA Dave) the cat. The two names he’s picked up are a long story but they suit his two distinct personalities. There is the lovable, cuddly, sleepy Lunar who can quickly disappear to be replaced with Dave the feral attack cat who pounces out and latches onto an unsuspecting leg occasionally! 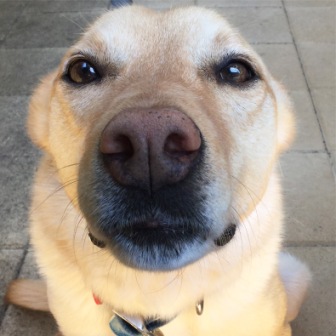 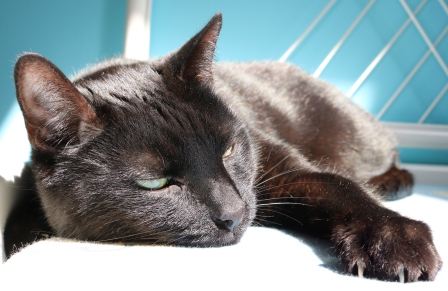 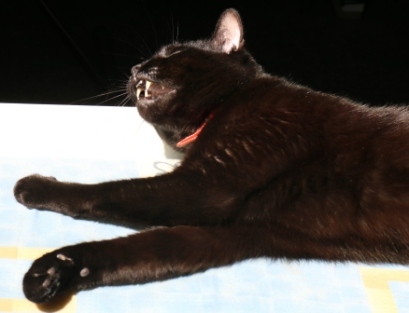 These two we are stuck with and hopefully the other wildlife will keep wandering, climbing and flying through too. Enjoy the wildlife in your travels!

15 thoughts on “Going wild in Australia”

First Drop Wines🍷 Amen 🙏
First Drop * Good Drop * Barossa Valley 🍷
Even the sunsets are wine coloured in the Barossa Valley. 🍷
Cute and quirky ~ tasty wines ~ top service ~ vineyard views @davidfranzwine
One of a very friendly possum family in the @big4barossatouristpark 🤎
A saying for every occasion ~ as long as the answer is wine. 🍷 😁