The time had come, after patiently watching and waiting for the right deal to come along it was time to trade in the reliable 100 Series Landcruiser for an upgrade. The old rig had been extremely reliable and because of regular servicing and upkeep was still going strong even with more than 420,000 kms on the odometer.

It had taken us and caravans from southern Queensland to the furthest point east on the Australian mainland at Byron Bay. Up and down the track to Darwin and through the red centre, along the picturesque Victorian coastline, Great Ocean Road and parts of the New South Wales Coast. There have been roads taken inland in the eastern states and many, many trips throughout South Australia. The biggest trip was crossing the Nullarbor and covering the state of Western Australia from the beautiful Esperance, to the furthest southern point, northwards along the coast to as far as Wyndham, and then across to Lake Argyle, into the Northern Territory and home again.

The ever reliable Landcruiser covered all the terrain we needed it to go and got us in and out of some spectacular places that only a 4WD can do.

So with that record in mind we decided the change up would be another Toyota Landcruiser, even though there are cheaper alternatives on the market that say they have the towing capacity, it was hard to go past a proven winner. The latest Rig for us is a 2017 VX Diesel Landcruiser with low kilometres, not previously used for towing and very neat and tidy throughout. With only a slight modification needed we visited the 4WD Supa Centre in South Australia to buy a drawer system and fridge slide to be installed in the back, this will suit us down to the ground with necessary tools in the drawer and somewhere for the Engel fridge to sit. 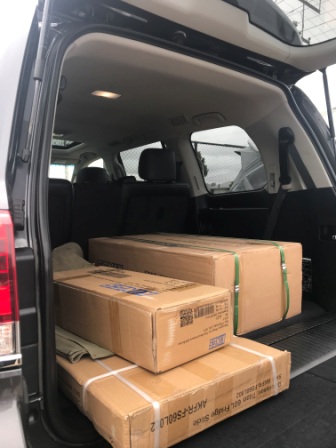 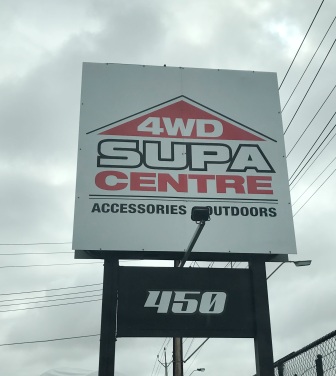 Having just upgraded our caravan in July we now have a complete new holiday rig to try out and so what better excuse to head off for a couple of days to Yorke Peninsula in South Australia to try both of them out together. The manuals that come with both the caravan and the car are enough to do your head in, so we decided the best way to get used to everything was to just get out and use them.

Before we could go anywhere we had to have a brake controller fitted to the car so that the caravan brakes would work when towing. At short notice we were able to get the car into Victor Harbor 4WD Centre and Mike was able to fit a Redarc brake controller to do the job.

But firstly to the Landcuiser. The reversing camera is a new one to us and was very handy in being able to back the car up to the van to hitch on. One issue to be sorted at the start though was to turn off the audible beeping of the reversing camera because the tow ball was in its range so it was continually beeping straight away! With that sorted, the van was hooked on, plugged in, safety checked and off we went.  As for the towing, from country roads to freeways and even through suburban areas to escape the city, everything went as smooth as silk and the Landcruiser’s eco setting stayed on for most of the drive.

Another new thing for us is the DPF or Diesel Particulate Filter which is in place to control the diesel emissions of the car and prevent harmful carbon particles being released into the atmosphere. This is a whole new area which I won’t profess to know all about, but the car had no problem in doing what it was supposed to do in automatically taking care of this process.

The satellite navigation screen is huge and will be a bonus when we are driving in new territory and seems simple to use, although another trap for new players is that it won’t let you enter an address into the system while you are driving. This seems like a good idea except it doesn’t recognise a passenger trying to input the information so you either have to remember to enter the info before your trip, stop the car and put in the details or get real fast at typing in the details at stop lights which is the option we went with.  This also has a great feature when you Bluetooth your phone to the system and can accept or decline incoming calls hands free. 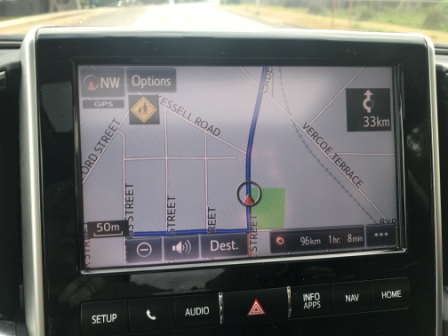 As for towing the caravan, you wouldn’t have known there was one behind you, it towed effortlessly. On that point though we almost didn’t know there was a caravan behind us when one of the towing mirrors straps decided to let go. Nothing that an octopus strap couldn’t fix temporarily until we found an auto shop and bought a new pair of mirrors. The older ones had done their job over the many years that we had used them already.

To the caravan. The slide out bedroom section of the van was a hit with the husband because for the first time a caravan bed has been comfortable for his 6 foot 2 inch (188cm) height. Not something I’ve ever had an issue with. A new van also means rehousing all of the bits and pieces from the old van so that’s always fun to work out where everything will fit and still be in a practical and useful place when you need it. I find that keeping items in baskets within the cupboards means things travel well and the baskets make it easy just to pull out and find items as you need them. 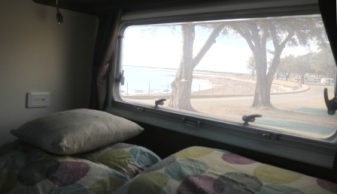 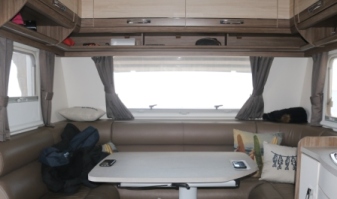 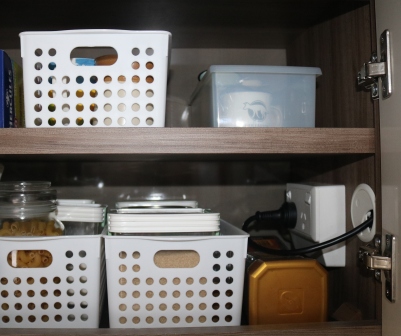 What I’m loving with the new van is the full size fridge with a separate freezer compartment, no more icing up hopefully and the fridge shelves come with handy stops at the front meaning food doesn’t want to fall out at you when you arrive at your destination. 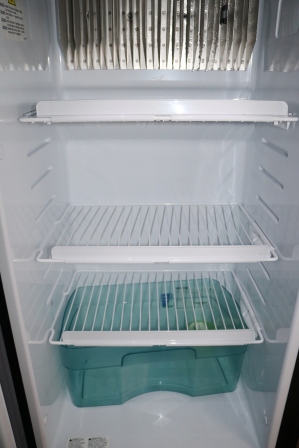 Being a Jayco and the same brand as our last van means we are pretty familiar with the layout but there are always new things to learn such as where all the light switches are and what they do. This new van has a lot of LED lights including in the roll out awning. 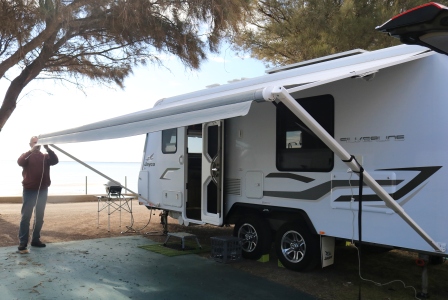 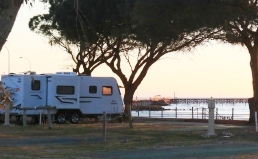 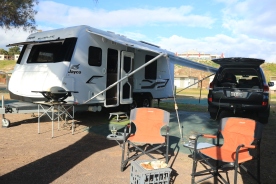 All in all a pretty successful first outing, we are very happy with the new set up, and now to fill up the calendar with the next trips. 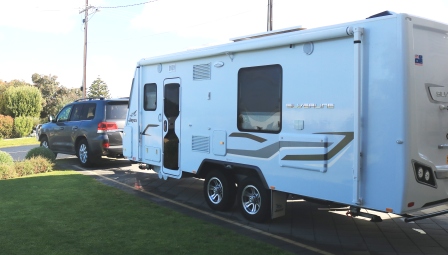