Every day since taking the chance to begin freelance writing in 2015, has been a learning experience. For everyone who’s had a desire to write, it takes a leap of faith into uncharted waters and everyone’s reasons on how and why they decided to jump into the business of writing are different. For everyone though, there seems to be a common thread which is the satisfaction of having work printed, seeing it in black and white, and in my case an added thrill when photos are accepted for publication and the ultimate accolade, when they make the cover of a magazine. To be able to hold what you’ve written in your hands in the form of a magazine and knowing that possibly hundreds even thousands of other people are seeing and reading your work is quite mind boggling and satisfying.

Obviously it’s not without its pitfalls. There are plenty of pitches to editors that don’t make the cut but you can’t be put off, you have to be tenacious in your approach and learn from constructive criticism and experience. Learning from others is always an important step so with that in mind I recently explored the idea of listening to some journalists and authors at the Adelaide Writers Week.

The Writers Week Festival in Adelaide has been going for 60 years and was part of the first Adelaide festival. This year it ran from the 29th of February to the 5th of March in a garden in the heart of the city and had more than 100 writers attending the event. I didn’t attend in the city but took advantage of the event being live streamed at a public library. Only one of the city stages was being live streamed each day but that still gave you the chance to listen to any or all of the speakers over seven time slots from 9.30am to the last talk at 5.00pm. All of the talks lasted for around an hour.

The writers I first saw were John Birmingham and John Boyne and together they spoke on the topic ‘Reflections on Writing’. In brief, John Birmingham is an author of many novels, a newspaper columnist and a contributor to a range of Australian newspapers and magazines. He is funny with a pragmatic attitude as can be seen in a quote in his bio ‘I write for food’. His website can be viewed here https://cheeseburgergothic.com/ . John Boyne has published 11 novels for adults, with probably his most notable novel being ‘The Boy In The Striped Pyjamas’ which was later adapted for a feature film. More on his career can be found on his website here: https://johnboyne.com/28-things-ive-learned-about-publishing/ 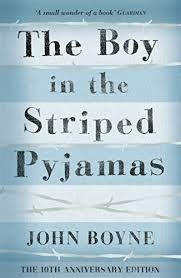 If you haven’t been to a writers week event before, the session has a chairperson who establishes the background and bio of the authors and goes on to ask questions about their latest book and in this case, their reflections on writing. These two authors spoke of the reasons they each began writing and the process they both use in structuring their days and meeting deadlines, as well as the directions writing has taken them. Very early on the discussion they both confessed to having ‘a stationery fetish’ which I laughed at thinking it was only me that couldn’t pass notebooks without having a closer look, but apparently it’s a common writers affliction. They both agreed that to be a good writer you have to also be a voracious reader. A few more points that struck a chord with me and seemed useful whether you are writing a novel or an article for newspaper or magazines were:

These are all great ideas that I’ve worked with over the years but as writing is a very solitary job it’s always good to hear how other writers go about the process and confirm that you’re on the right track.

Writers Festivals are held all around the country so why not plan a holiday around visiting one? There are always a variety of writers and many regional areas hold events too. You can find one near you by following this link: https://www.writerscentre.com.au/blog/a-calendar-of-australian-writers-festivals-for-2020-plan-your-holidays/

Cheers – Oh, and I write for caravan holidays!