There’s always time for reading! I’d be lost without it and it takes all forms for me. Obviously I’m a big fan of magazines, especially those that promote travel in Australia, caravan and camping and 4WD destinations. I’m also a sucker for house décor and garden design magazines and as for books, I have a huge list noted down that have been recommended by bloggers, friends, websites, reviews I’ve read in newspapers and more. With isolation or at least keeping distances from crowded areas prudent at the moment there is the bonus of indulging in this pastime.

It feels like killing two birds with one stone to sharpen your own mind and skills by learning from what others have written or reading about their life experiences. One person I find interesting is Elizabeth Gilbert, author of ‘Eat, Pray, Love’ amongst other works. That book and the movie especially, I found absolutely amazing. Here was a woman not afraid to just go and do what she wanted and felt the need to do. Not necessarily for all of us but good for her. Another of her books I recently found that is really refreshing and a great read for anyone wanting to delve into a creative life is ‘Big Magic ~ creative living beyond fear’. A lot of what she has to say in this book resonated with me and if you’ve got time on your hands I would recommend giving it a read, you never know where it may lead you. 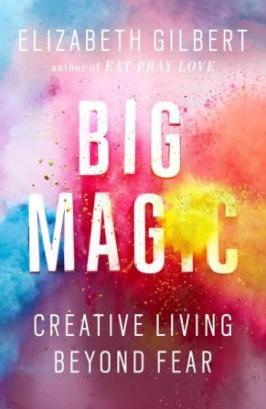 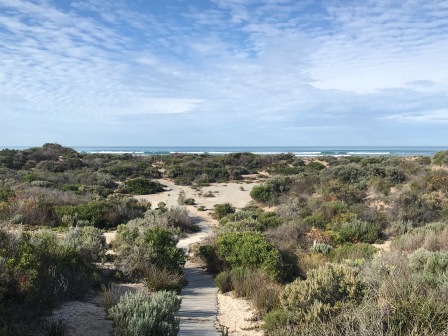 The book isn’t really a self-help book but rather a do it your way, enjoy the creative life you choose in an unapologetic way kind of book. It’s divided into sections with bold titles such as Courage, Enchantment, Permission and Trust, to name a few. Early on in the book she hits the nail on the head with a list of all the fears that hold us back from even starting a creative life. Basically they are all the excuses we use, which boil down to fear of the unknown, but what do you really have to fear or lose for that matter by pursuing something you love. To enjoy a creative life doesn’t mean throwing in everything you know or giving up the day job. There are plenty of writers and photographers out there for instance who just find time to fit in doing what they love around everyday life, because they have a need to pursue the creative outlet and simply because it brings joy… and what more can you want out of life! Have courage in trying something you’ve always wanted to.

I particularly liked the way she speaks about ideas as an almost spiritual entity, floating around in our world coming in and out of our lives and having the courage to pay attention to them. She goes on to elaborate in a theory that if you don’t pick up on these ideas they simply move on to someone else and she gives examples that are hard to deny. Have you ever had an idea for a story, blog, invention, book to write and just not got around to it, probably because of the excuses listed in the book, only to find that someone else does exactly what you’ve been thinking of? I know it’s happened to me and it makes you wonder how someone else could have possibly thought of the exact same idea. This is not such a wild and out there thing to happen though as it happens in the scientific community too. There are examples of ‘multiple discoveries’ that happen when two or more scientists come up with the same idea at the same time even though they may be a world apart. Uncanny right? So can be the enchantment of a writer’s life.

There is some really good advice in not waiting to get permission (mostly from yourself) to try something creative. Have a go, just start, give yourself permission, have a creative arrogance that pushes back against your self-doubt, whatever your creative outlet is. Once you’ve decided to head down a path give it your persistence. When it comes to writing this is especially true, you have to deal with rejections and no thank yous, not our style, not at the moment etc… One quote in her book reads… ‘Success depends on three things, talent, luck and discipline, and only one of them is under your control’ which is so true. But when all three things align it is so fulfilling. 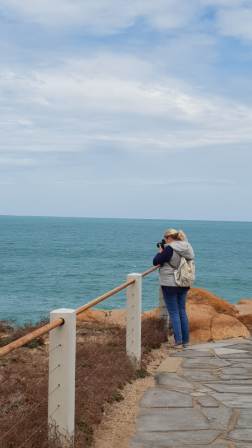 So if you have a hobby, a curiosity to try something creative don’t hold back from having a go after all what’s the worst thing that could happen? Doesn’t work out? Meh, move on. NEXT!

2 thoughts on “Time to Get Creative”