When you’re visiting the Renmark / Paringa area in South Australia and on your way to or from the Woolshed Brewery, take a detour to Murtho Forest Lookout, also known as Headings Cliff Lookout, after a 4th generation farming family in the area. This is just out of the town of Paringa which is on the road to Renmark, a short 5 kilometres away.

The road to take to the lookout is signposted and there is plenty of car parking there. The climb to the top is three flights of steps with landings on the way. At the top is a direction marker but the climb is all about the view. The wide ribbon of Murray River stretches into the distance in one direction and the golden limestone cliffs that line the river grab your attention in the other direction. 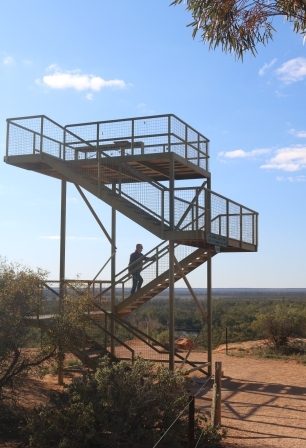 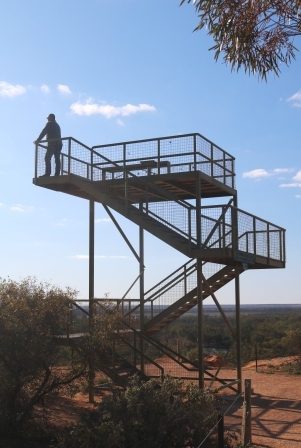 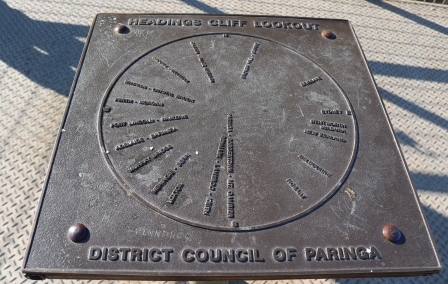 The cliffs are an impressive feature at any time of day but the colours absolutely glow at sunset. These cliffs along the upper reaches of the Murray in South Australia are the reason why houseboat hire in this section of the river are so popular. They are always a great source of inspiration for photographers to capture. 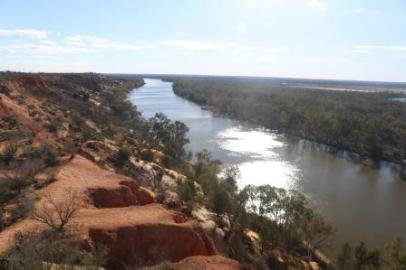 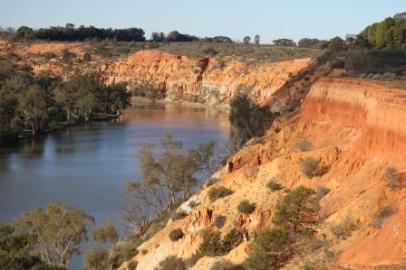 If you continue on the road past the lookout, you’ll come to the Murtho Forest Reserve, a free camping area on the river. The road to it is gravel and there are plenty of shady sites to pull up where you want to with no designated site areas. There are no facilities here at all, but there is a boat ramp and you can watch houseboats meandering up and down the river.

The other notable feature in this area is the Paringa suspension bridge which you cross as you are heading back into Renmark. This bridge was one of the first built across the Murray River, opening in 1927, and was built as a road and railway bridge. It is an amazing engineering project with six spans in its 173 metre length, including a movable span that was raised to allow paddle steamers through. The railway no longer exists and the centre section of the bridge is now a pedestrian and cycling space with road traffic crossing on both sides. 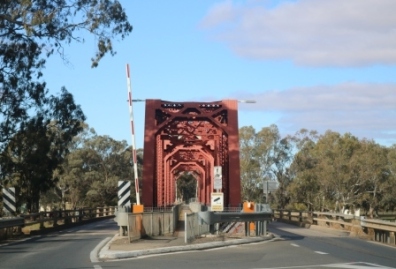 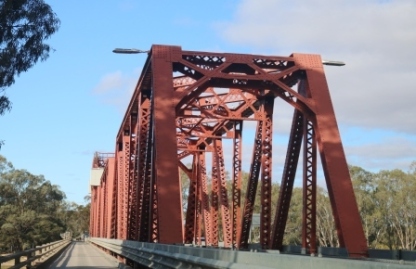 The lifting span in the middle is still used and needed today when the paddle steamers that now take holiday makers along the river, and larger houseboats need to pass through. The span is lifted at 9.30am and 2.30pm Monday to Friday depending on river traffic and there is a phone number to ring to ensure it will be open when houseboat hirers need it to be. The lifting section can rise 9 metres in a minute and a half, so it doesn’t delay road traffic for long and is quite a unique structure to see. As you’d expect the bridge is listed on the state Heritage Register.

11 thoughts on “Lookout and Lifting Bridge”