If free camping, hearty country hotel food and beers, history and nature are high on your list of favourite places to go caravan or camping then keep reading for a location that fits the bill perfectly.

Overland Corner is a little over 240 kilometres from Adelaide in South Australia and is a locality near the town of Berri in the Riverland. These days it’s best known for the historic hotel and the terrific free camping spaces on the river behind it. Conveniently they are mostly within walking distance of the hotel, where you can have a great pub meal and try their own brew, ‘Overland Corner Gold’, in the spacious shady beer garden.

The hotel has been providing sustenance to weary travellers since it was established in 1859, when it was a resting stop for overland drovers, moving sheep across South Australia to New South Wales. It was built in a convenient place with access to the Murray River and acres of flat land. Over the years it also acted as the local mail exchange.

It gained infamy as the location of a notorious incident involving bushranger Captain Moonlight, who when travelling through the area locked the local police constable in the cells then used government supplies to shoe his horse. He then rode his horse into the hotel while he stopped for a drink and demanded both front and rear doors be left often in case he had to make a hasty escape!

After the hotel was built, the settlement grew with a few houses, services for coaches and river trade, the police station and then telegraph. The other services declined over the years but the hotel was purchased by the South Australian National Trust in 1965 to preserve its historic significance. A lot of relics from its early days are on display inside the hotel and it’s the type of place where you need to grab yourself a drink then wander through to take it all in. 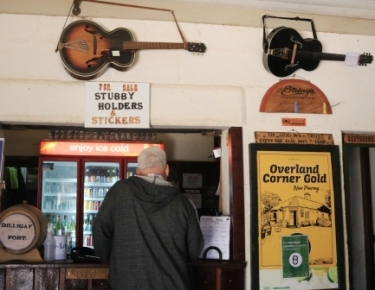 Leading away from the hotel you can take a number of scenic walks which highlight the European and Indigenous history of the area, a historic quarry where fossils have been found, as well as the wetland, lagoon and floodplains. The building of a lock upstream from Overland Corner interfered with the natural flooding of this area that occurred in three out of every four years, but restoration and conservation work is taking place to help with the important breeding habitat for waterfowl, fish and amphibians in this area. Building of locks also had an effect on the River Red Gums along the river and the disturbance of the natural system and rising salinity caused many to die, but they still play an important role of providing homes to many species of birds. 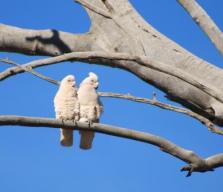 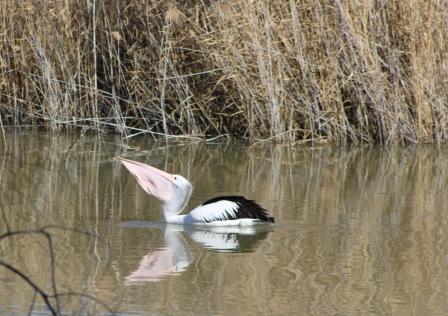 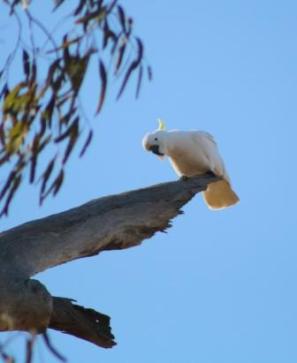 Camping by the river is easy to get to with a wide gravel road behind the hotel and camping spots to the right at Herons Bend with no facilities at all, or to the left where you can camp on a backwater. You can also drive over a causeway to more spaces on the river and a very basic long drop toilet. If you are in a caravan and self-sufficient, even better. 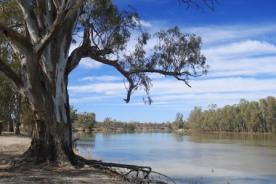 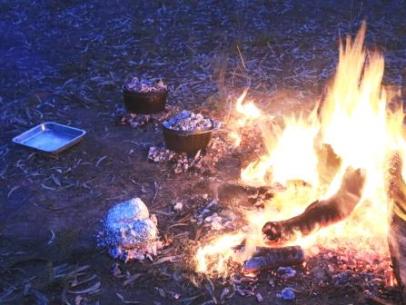 The bonus of camping here is that campfires are permitted, it is a dog friendly spot, the night sky is dark and full of stars and that hotel is just a short walk away.