It’s high on my list of things to look for when I’m travelling and don’t be fooled into thinking that street art is only in the big cities.  I have found plenty of examples in regional towns around Australia and the painted silos are examples of that on a grand scale.

Finding any local street art is something I seek out wherever we go, and Renmark in the Riverland region of South Australia didn’t disappoint. One mural is on the Renmark Paringa Library and adjacent public toilet block. Called the Hope Street Mural, it’s part of a street art project designed to bring art to everybody and represent the diverse community. This mural was created by the artist Jack Fran and features the faces of local indigenous people.

The Hope Street project came about as a collaboration between the Local Government Association, Country Arts SA and the Renmark Paringa Council. The community was consulted about what hope meant to them and the result is this terrific mural showing a strong community over all generations. 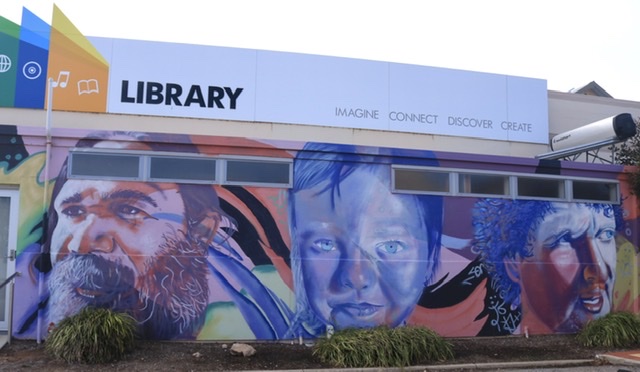 Another mural by the same artist can be found on a wall in Para Street Renmark, next to the Smokehouse pizza cafe. The mural is of two women and the striking colours and details wow you when you find it tucked away at the back of the building. 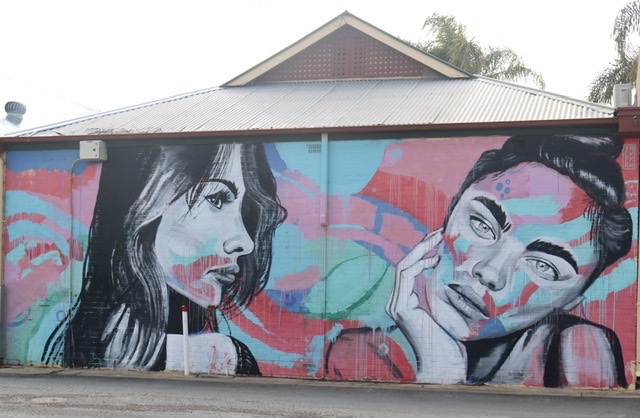 Jack Fran also has a number of murals in Adelaide and other parts of regional South Australia, including the river towns of Murray Bridge and Mannum and Tumby Bay on Eyre Peninsula. He describes his style as a mix of portraiture with abstraction.

One more fun piece of art can be seen on the front wall of the Smokehouse cafe, a set of angel wings that are just asking to be used as a prop. The trick with these for me is to get the shot quickly and hopefully without too many people noticing you making a goose of yourself. 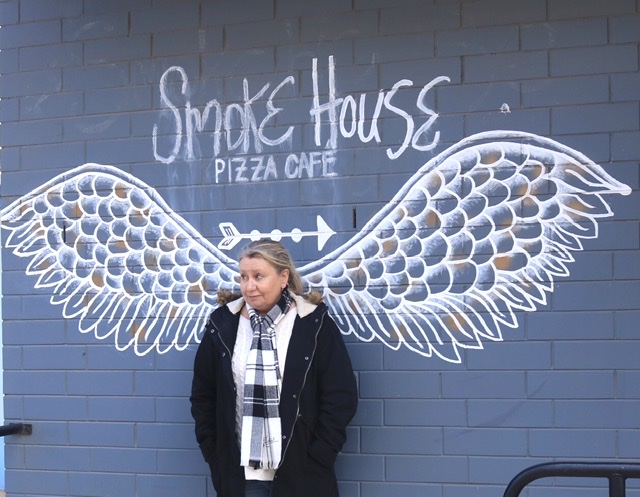 Have fun finding these and other art finds 😇