We spent a day in Freo and what an interesting place it was.  Full of historical buildings and a huge market, it was chock-a-block on the day we were there.  People everywhere from cappuccino strip to the crowded market to all the many and varied eateries in town.

We found a couple of breweries that we’d be told to investigate, Sail and Anchor and Little Creatures. We drove around the dock area and then up to the war memorial lookout.

A busy and bustling port with plenty to see but onward we moved to Perth.

In Perth we stayed at a caravan park only about 15kms out of the city on the advice of a friend. Excellent choice it was too, very easy to get around with a huge shopping nearby too.

We went on a bit of a driving tour to Hillarys Boat Harbour, who owns all these massive boats? 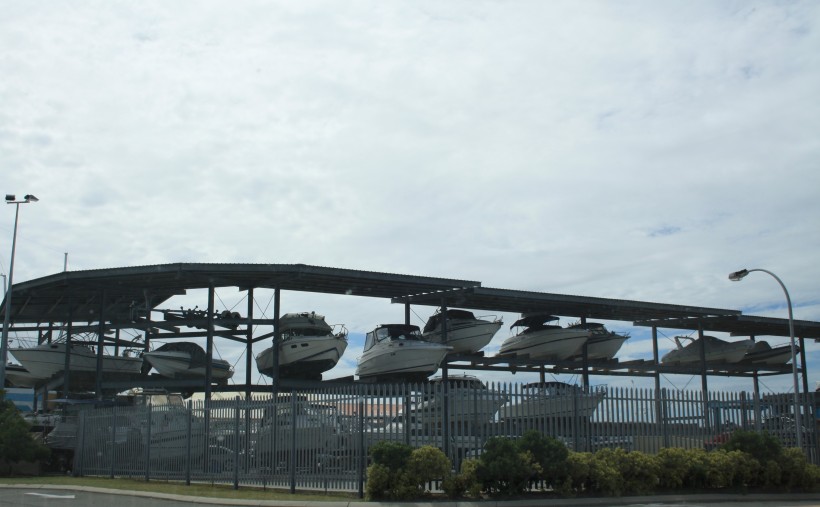 Then went to Kings Parks, the city’s central park and Botanic Gardens.  We started by visiting the state war memorial and then did a short trail through the Botanic Gardens.  Apart from great views over the city and Swan River we saw Boab trees, a glass bridge, water features and of course lots of interesting plants and trees.  The weather has been very humid so much so that for only being a 29 degree day it felt more like mid thirties and it was pretty taxing walking around. 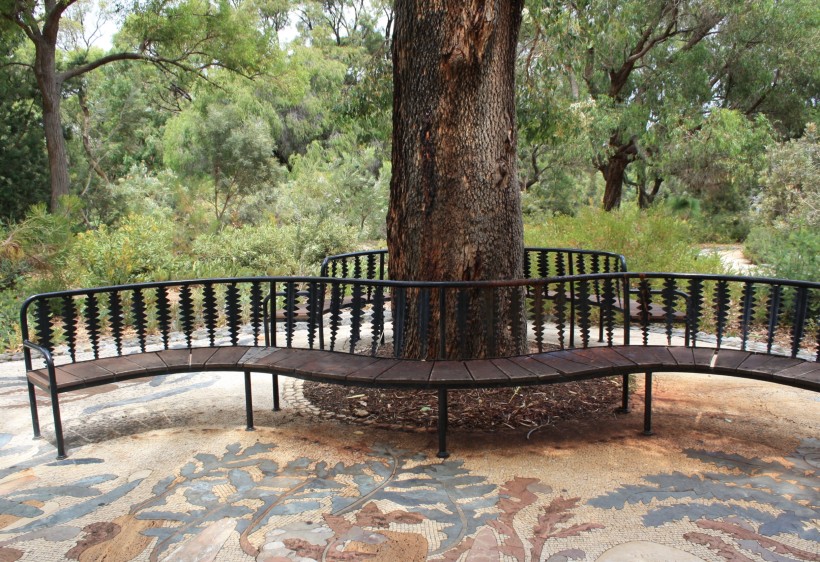 Later we headed out to the Swan Valley for a little look and saw flooding that has happened just in the day or so before we arrived. They were the biggest floods in the area in 20 years and have been declared a natural disaster.

In general, we were very impressed with Perth, how easy it is to get around with freeways all around the city so you can avoid it if you want to.  The city was fairly easy to negotiate though, traffic wasn’t too hectic and there is plenty of car parking too.  The train system is fantastic with electric trains running down the centre of the freeways, quick and easy to get into the city centre.

A funny thing happened though….we decided to get the Landcruiser serviced on one of our days in Perth to make sure it keeps on going as smoothly as it is so far, especially with all the heavy towing and some pretty dodgy dirt roads we’ve been on. So we booked it in with a Toyota dealer and they kindly gave us free rail passes to use for the day and pointed us to the station right next door. Fantastic! Except we are such novices at public transport that we didn’t swipe the card before getting on the train and so of course when we tried to exit the underground station in Perth, ‘the computer said NO”.  Luckily we had the very nice, Simon the security officer who had a laugh with us (or at us) and we were free to go, let loose in Perth (after a quick lesson in how to use our passes on the return trip).

Perth city is very interesting and very artistic, lots of public art and statues, and three mall areas to wander around.

Arcades run off the malls and there was an interesting and unexpected alleyway, London Court which runs off the Hay Street Mall.  I thought I’d stumbled into something straight out of a Harry Potter story. 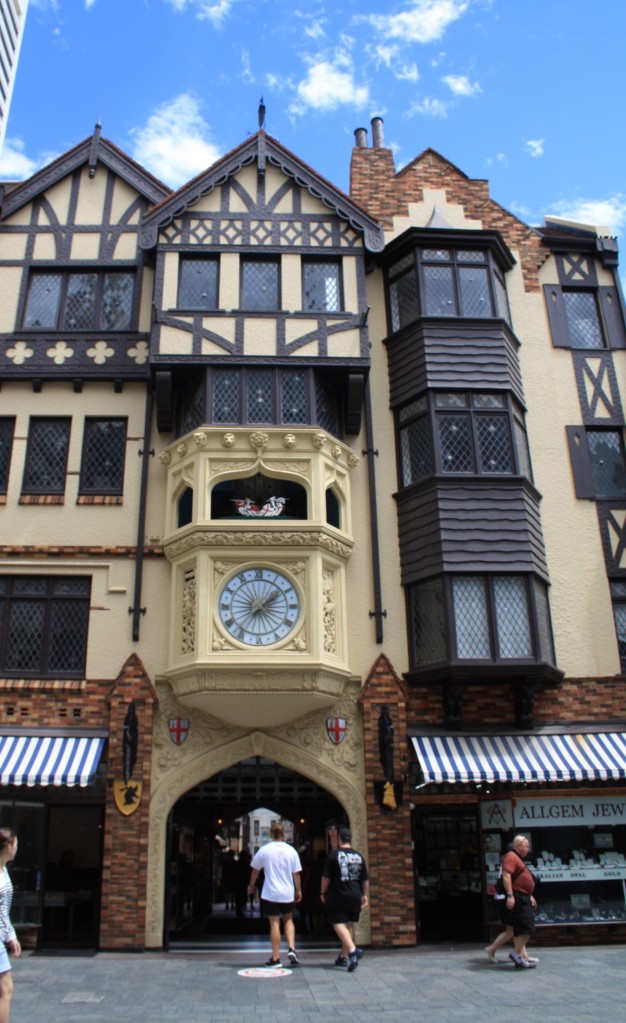 Shops done we headed back on the train, knowing what to do this time with our passes, and only getting on one wrong train first before getting off at the first stop and heading back in the direction we were meant to be going, Oh dear.

We rounded off our days in Perth by heading out to dinner at Kailis Seafood Restaurant at Trigg Beach.  It was Valentine’s Day and our 30th wedding anniversary so we were lucky to get a table, being put on a waiting list. The staff were great giving us a good table where we could watch the sun sinking into the sea while enjoying amongst other things, beautiful oysters, fish, cuttlefish and wines.

Loved Perth, we will be back again one day to see and do more. 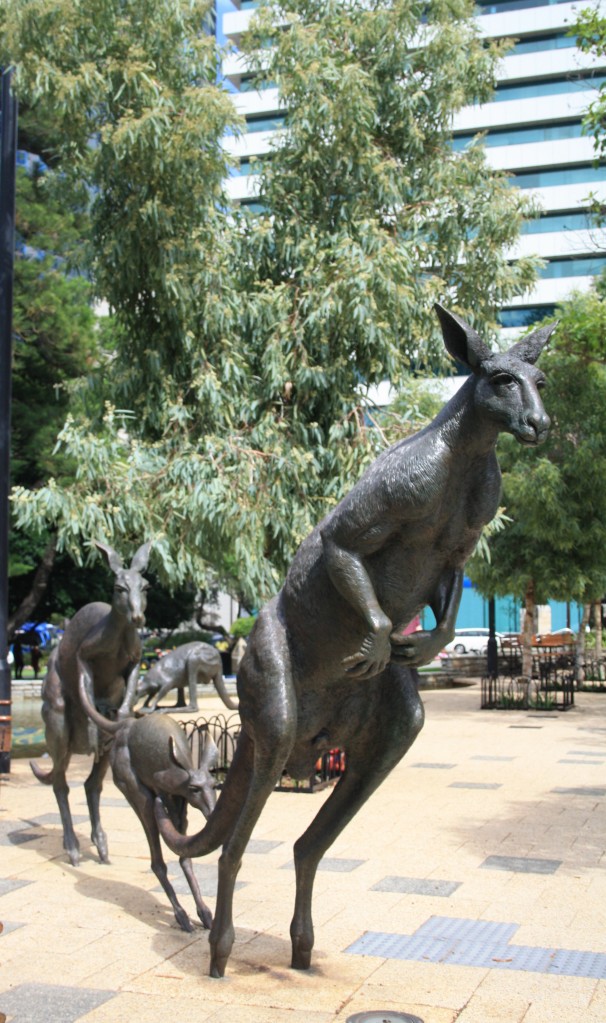