As the old song goes, signs, signs, everywhere are signs. You can’t avoid them in everyday life but when you’re travelling and more conscious of your surroundings or more likely to be looking for signs, you get a real appreciation for how many are out there. There are signs to warn, scare you silly and then there are just some to make you smile as you pass by.

Some signs are an important reminder that hopefully people heed for their own safety. They always scare me into staying on the track. You would think some are stating the obvious but there must have had a need to put them there. 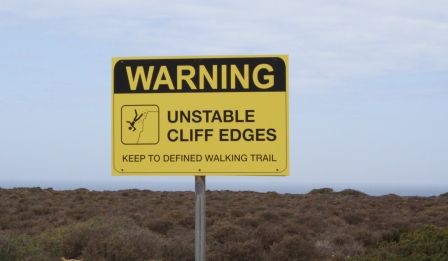 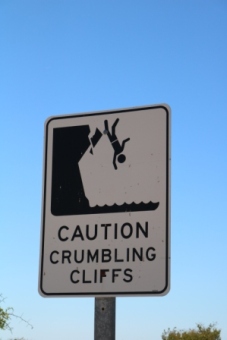 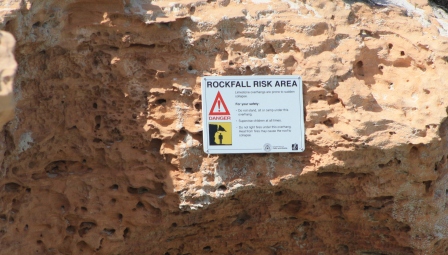 I can’t help thinking when I see these types of warning signs about the impressions they give visitors from overseas especially. Some of these signs remind me of a song written by a couple of Aussie comedians, Scared, Weird, Little Guys called ‘Come to Australia…You might accidently get killed’. If you haven’t heard it, look it up on YouTube for a light hearted, tongue in cheek song about all the killer animals you have to look out for in Australia. 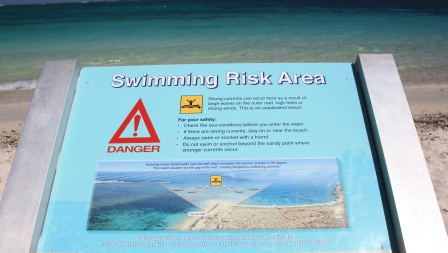 Not all of the signs that have caught my eye in our travels are about danger some are just quirky or funny. Some of the signs aren’t actually meant to be funny or are they? A real spelling mistake or something to get people into this butcher’s shop to tell him about the sign? Possibly a very clever ploy. 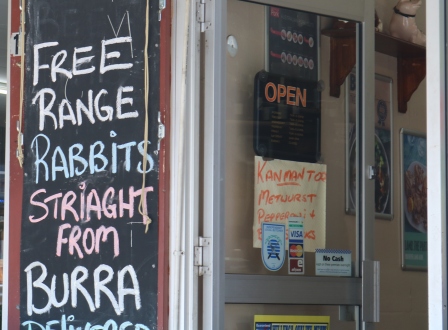 Or this sign not far from a freeway that gave me visions of something that would look like a circus act in an emergency with people, bikes and animals on small wheeled vehicles escaping in a panic. 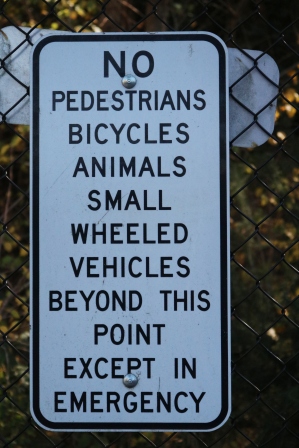 Some of the signs I’ve seen certainly don’t beat around the bush. 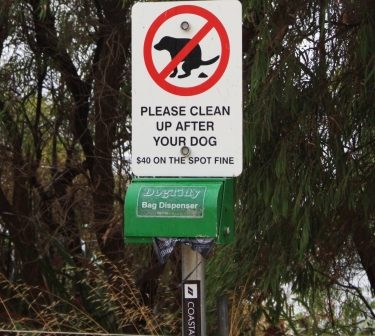 And sometimes it’s perhaps best to skip stopping to smell the roses! 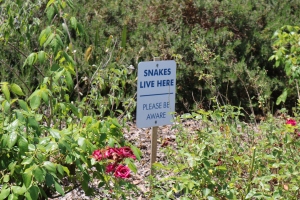 Then there are those signposts that have you completely scratching your head. Where are they hiding them? This is just a great quirky story where at this location in times gone by, on the Monday of the October long weekend, you could stop at this South Australian country region location and enjoy a cream puff in your travels with money raised going to the local hospital. It was held for a number of years but has now folded. I love it that the sign still remains though. 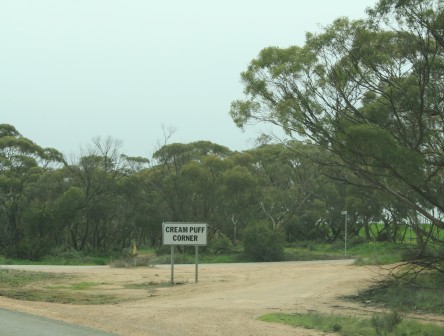 We’ve all heard the fisherman’s tall tales but this is not an uncommon sign at the fish cleaning stations around Australia. 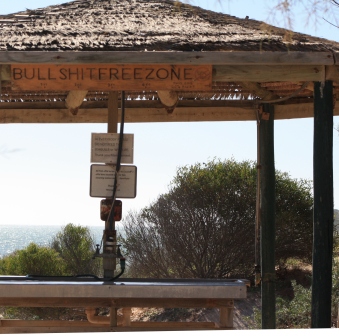 What you would hope would be less common is the need for a sign to let people know that sharks are dangerous! 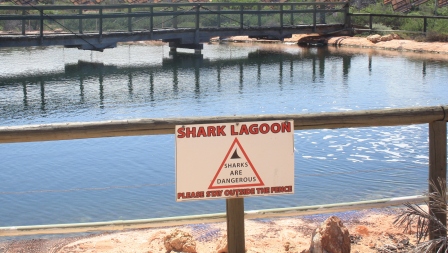 Then there are times when you even wonder if you should get out of the car. 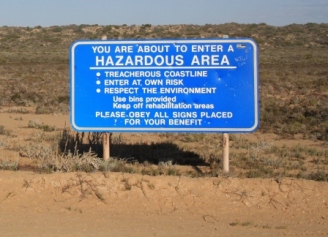 Places that often reserve the right for special signs would have to be wineries, hotels and breweries we’ve seen in our travels. 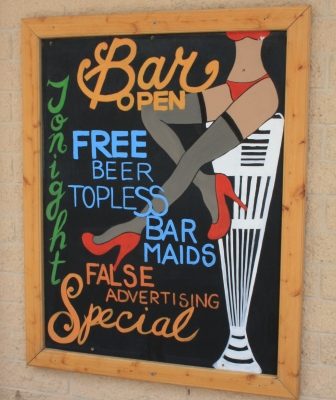 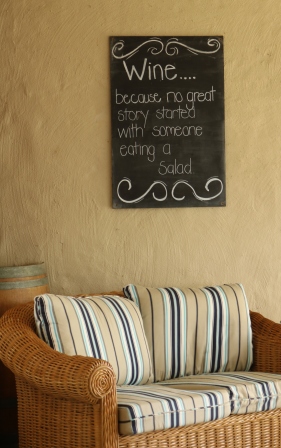 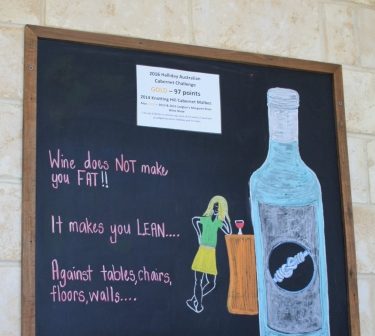 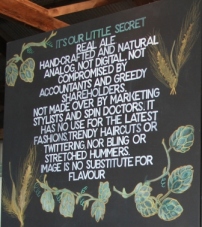 I would have to say though for the most part, that if you read it on a sign in Australia…Believe it! But having said all that, Come to Australia… 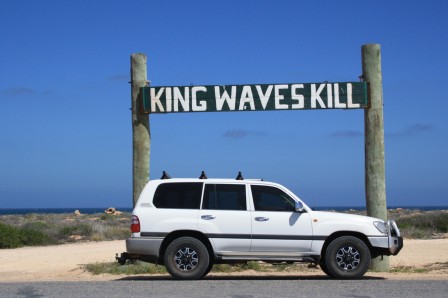 8 thoughts on “Signs of the Times”