Winter in Southern and Eastern Australia usually means whale migration time along the coasts. They are starting to be seen with a little more frequency on the Fleurieu Peninsula in South Australia, just in time for the winter school holidays.

There are a number of places to see them along the coastline between Victor Harbor, Middleton, Port Elliot and Goolwa areas and you can report a sighting, or check to see where they have been spotted by visiting the SA Whale Centre website. On the website, sawhalecentre.com.au there is a whale sightings tab which has all the details of where and when whales have been seen as well as the number spotted, the type of whale and what behaviour they are displaying. Even if you’re not in the right place at the right time there is a big amount of other wildlife to be seen in the region.

On a recent outing to try and spot some whales I wasn’t so lucky in finding any but it still wasn’t disappointing. Apart from the regular seagulls you can also spot Pacific Gulls. These birds look like seagulls on steroids, very big and good looking, at least they are when mature birds.  The juveniles on the other hand are more of a muddy, motley brown colour but still very big. 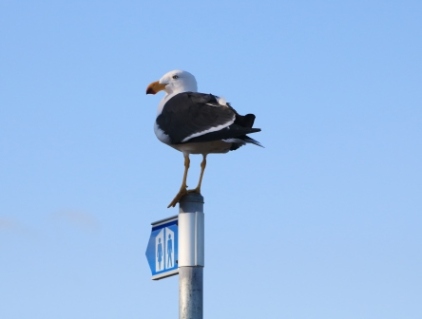 Looking for the toilet? 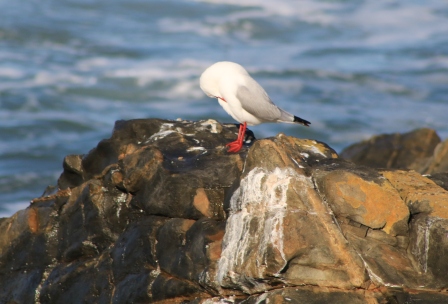 Or the world is your toilet. 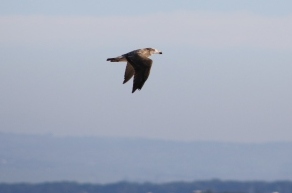 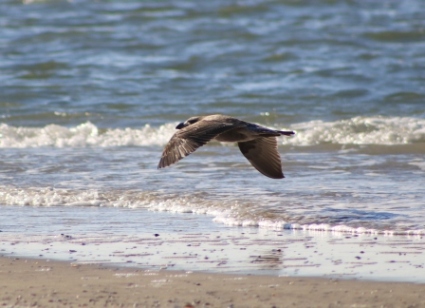 Pelicans can always be spotted around too, especially on the Murray River side of Goolwa and Hindmarsh Island. 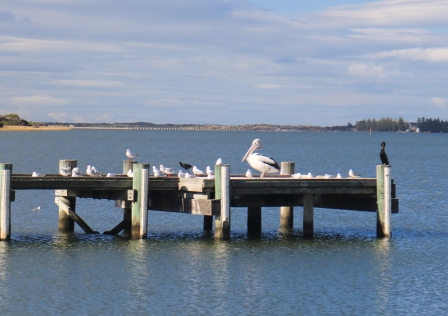 The other wildlife to be seen are the long nosed fur seals that have taken up residence in a lot of places around the waterways of Goolwa. These animals aren’t quite as welcome in some places because of the impact they are having on local fishing in the Coorong as well as the harm they are doing to native and migratory birds by attacking them. 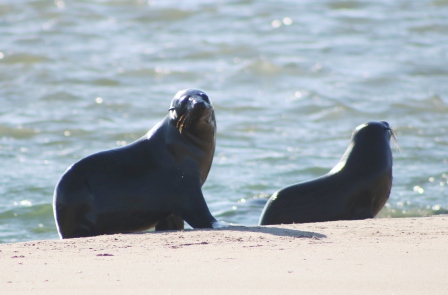 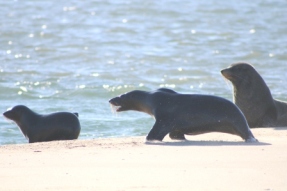 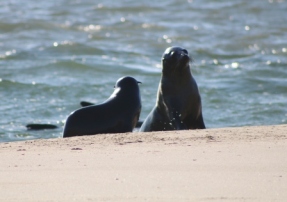 Their numbers increase in winter and the impact they are having is being monitored by authorities. Local professional fishers have been using underwater crackers to scare them away from their nets of Coorong mullet catches. An ongoing issue that will no doubt keep appearing in local news as balances and control measures are trying to be struck.

Unfortunately no fish species made an appearance on the day either, despite encouragement from our very own wildlife. 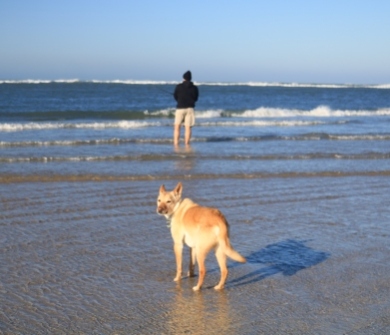 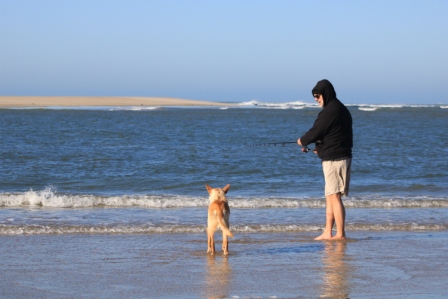 4 thoughts on “Searching for Beach Wildlife”

Here we go again 🤷🏼‍♀️🦘
Bye bye Lake Pamamaroo it’s been a fabulous few days and nights and ~ nice to know we’ve inspired others to come and see it for themselves.💨 🚐 🔥
Oh my….this has been one fantastic stay at #pamamaroolake with every day bringing a different but stunning sunset. ❤️ So much water and birdlife around, just a beautiful serene stay, and the stars! I’ve never seen such a blanket of stars all the way down to the horizon to the Milky Way stretching overhead. ✨
Whether you call them a brief, pod, pouch, scoop, squadron or just a bloody big bunch ~ there are heaps of pelicans at Menindee right now. 💙
The Darling River is flowing and the Menindee Lakes region is teeming with life. 💚
I find it so frustrating to attempt Astro photography but I’m trying to improve and #lakepamamaroo has to be one of the best places to give it a go. ✨