The wet, windy and wild weather we have been experiencing lately in South Australia has been whipping up some huge waves along the coastline and for as far as the eye can see. The white peaks and troughs of waves are visible to the horizon in fact. The conditions have reminded me of a trip we did to the east coast a while ago during winter where I saw the biggest surf I’ve ever seen in this country.

The day was one of very high winds which was causing extremely huge surf and the city of Newcastle was the destination. It wasn’t a particularly ideal day for sightseeing but a drive and some walking along the coast was all worthwhile when these mammoth conditions came into view. To witness these waves was breathtaking and you couldn’t help but fear for the many surfers that seem to defy logic and head out into these conditions. 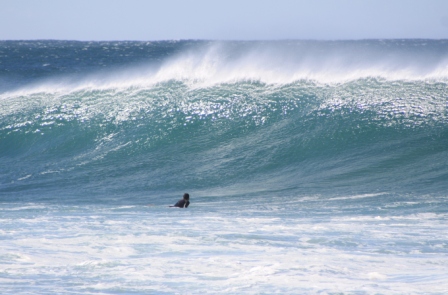 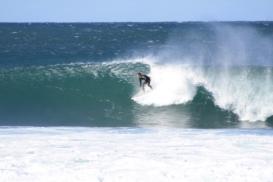 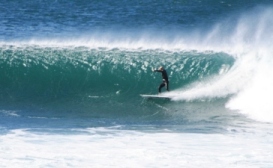 The location where we saw the biggest waves was just near the beautiful art deco Ocean Baths building in Newcastle. This large ocean pool that was built in 1922 is normally open most days of the year but with conditions on this day being so wild and dangerous they were obviously closed. 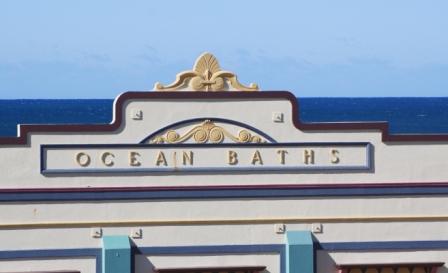 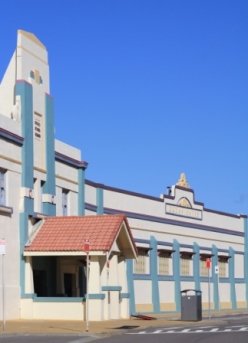 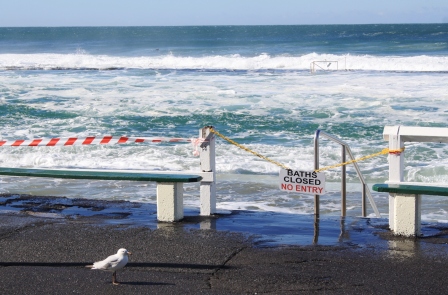 Standing at the street level where you would normally enter the pool was very scary on this day. I remember seeing the sheer size of the incoming waves that looked so threateningly huge and had to walk (almost run) away as it appeared as if they could engulf the whole area quite easily. Obviously the locals sitting and enjoying a coffee outside had seen it like this before and were used to it, they were unperturbed as they drank their morning coffees and could no doubt spot the tourist making a hasty retreat. 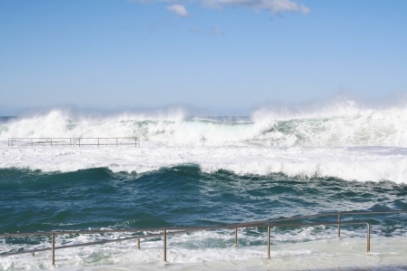 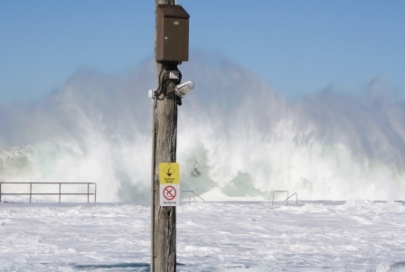 Newcastle is known for having some of the best surf in Australia and it attracts surfers who are looking for these exact kind of huge waves. It’s not uncommon for the beach to have 8 to 10 foot swell. As usual when it comes to watching surfers in these conditions I was transfixed with a mixture of fear and admiration for what these people do for fun. 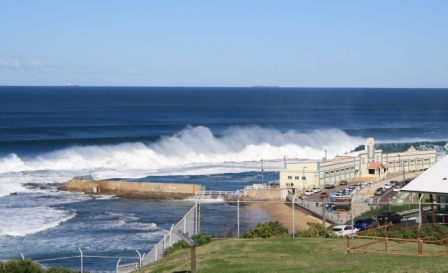 Newcastle is a two hour drive north of Sydney on the east coast. It’s well known for its beaches and each year hundreds of professional surfers head to Newcastle for the annual Surfest, World Surf League competition. By the looks of these waves they earn every dollar they get.

10 thoughts on “Windy with a Chance of Huge Swell.”