NAIDOC week this year is November 8-15 and it’s a week to celebrate the history, culture and achievements of Aboriginal and Torres Strait Islander peoples, with this year’s  theme being:

Always Was, Always Will Be.

These words recognise that First Nations people have lived and cared for this continent for more than 65,000 years.  It acknowledges their spiritual and cultural connection to the country and celebrates that Australia’s story didn’t begin with European arrivals and contact.

One example of this are the many sites around Australia that contain Aboriginal art and symbolism in many different forms. They can differ in style according to where they are found but one common thread is they tell stories of cultural significance as well as lessons about the land, the animals and plants of a region; all depicted in paintings and carvings. 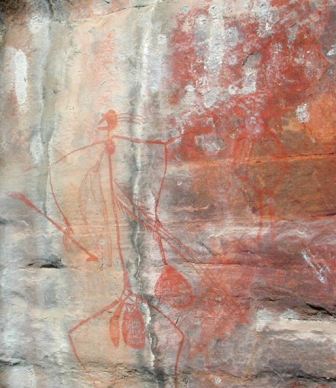 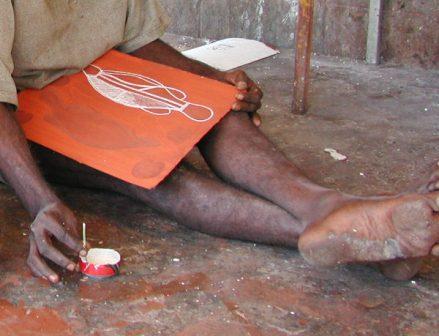 The stories told vary from region to region and certain parts of Australia have their own distinctive styles. In northern Australia there are x-ray style rock paintings, while in central Australia dot paintings are more prevalent. Traditionally ochre and natural earth pigments were used for artwork and this was another way paintings could be identified, by the region where certain plants and ochre colours were available.

When you’re looking at aboriginal art in a gallery it’s always interesting to read about what the painting represents in the artist’s words and then when you look at more pieces you begin to pick up what certain symbols could mean. The context of Aboriginal art can change according to the relationship of symbols to each other and there are levels of understanding which are culturally sensitive, but in a simplistic way here are a few common styles of symbols used and their basic meanings.

Concentric circles can mean a campsite, waterhole or gathering place and if it is joined to another group of circles with straight lines that can depict travel between them. The circles joined by wavy lines depicts running water, an important story detail for desert groups.

A U shaped symbol depicts a person sitting cross legged on the earth, which can be imagined if you think of it as a birds eye view looking down. If tools are depicted next to the shape it can depict whether it represents a man or a woman. For instance a coolamon (curved wooden tray) and digging tool next to the human symbol would represent a woman, whereas a spear, boomerang or shield would represent a man.

Animal tracks can be another identifiable symbol in paintings with footprints of birds and animals accurately depicted. Some examples are the three pointed track of an emu, a paw print of a dingo or the tick shape of a kangaroo paw. A snake symbol would be a curvy line as seen by the imprint they leave in sand and lizards can be depicted by two parallel lines with dots either side for the marks of their feet. These would have been important ways to communicate to travelling clans what food and water sources were available and where they could be found.

Aboriginal art and history in its natural state, on rocks, in caves and gorges, is something we should all be treasuring and to me is as important as visiting any gallery of masterpieces. In fact it’s more important because you can actually feel the history, sense of place and be surrounded by the environment where these stories originated thousands of years ago.

Unfortunately not everyone feels this way and the reckless destruction of significant Aboriginal rock shelters recently by Rio Tinto in the expansion of its iron ore mine is one example. The mining company blasted the Juukan Gorge in Western Australia and caused an irretrievable loss of 46,000 years of history and cultural significance.

Sadly and incredibly, though it’s not the only example. The Burrup Peninsula in Western Australia is another region where Aboriginal Petroglyphs (rock carvings) going back tens of thousands of years have also been destroyed in the pursuit of the progress of industry.  In this instance, despite requests by the traditional owners not to proceed, mining billionaire Andrew Forrest (recently lauded in the news for buying the RM Williams brand) was granted approval to build a railway to connect his company mines.

Unfortunately by law, these companies are in their rights to cause this damage, which is completely shameful. These types of disregard for and destruction of aboriginal culture and history seem to be in the news too often lately which is outrageous but at the same time it’s being brought to the attention of everyone which hopefully can cause momentum for change of laws and respect for the history of first nations people. 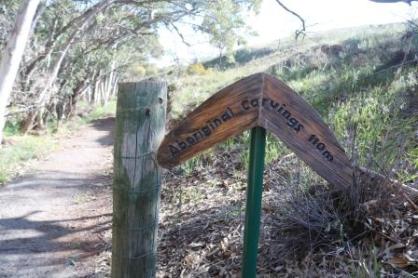 In the meantime I intend to keep educating myself on these subjects and there are a lot of good books out there if your interest has been sparked too. Some books I would recommend are Dark Emu by Bruce Pascoe, Sand Talk by Tyson Yunkaporta and Songspirals by the Gay’wu Group of Women.

And, if you’re looking for some terrific contemporary indigenous music take a listen to the song ‘Bagi-la-m Bargan’ by Birdz which features singing in traditional language, and the new album by Midnight Oil, ‘The Makarrata Project’ which is a collaboration with indigenous artists and focuses on reconciliation.

Here’s to reconciliation and moving forward.