Our lovable rescue dog Neo is very proud to be amongst other good company in a book out now, titled “It Happened off the Leash”. Edited by Paddy O’Reilly, this book contains funny anecdotes and stories of amazing dogs that have been rescued by some well-known and not so well known Australians.  Part proceeds from the book go to PetRescue which is a national animal welfare charity providing free support to hundreds of Australian rescue groups, shelters and pounds.

It was through the PetRescue website that we first found out about AWDRI (Australian Working Dog Rescue Inc.) and found our boy Neo. Having had kelpies in the past we knew they were the breed for us and thought of rescuing one rather than buying a puppy. It was love at first sight when we spotted him on the AWDRI website and he’s been a part of our family now for 3 years.

He fitted in straight away travelling on holidays to the beach and other places. He was a bit hesitant about swimming at first but it didn’t take much convincing for him to love it. His intelligence and obedience was noticeable early on and he never strays far from us when off leash. He’s very much a people dog and gives as much affection as he gets, happy to sit with his head on your lap for as long as he’s allowed. 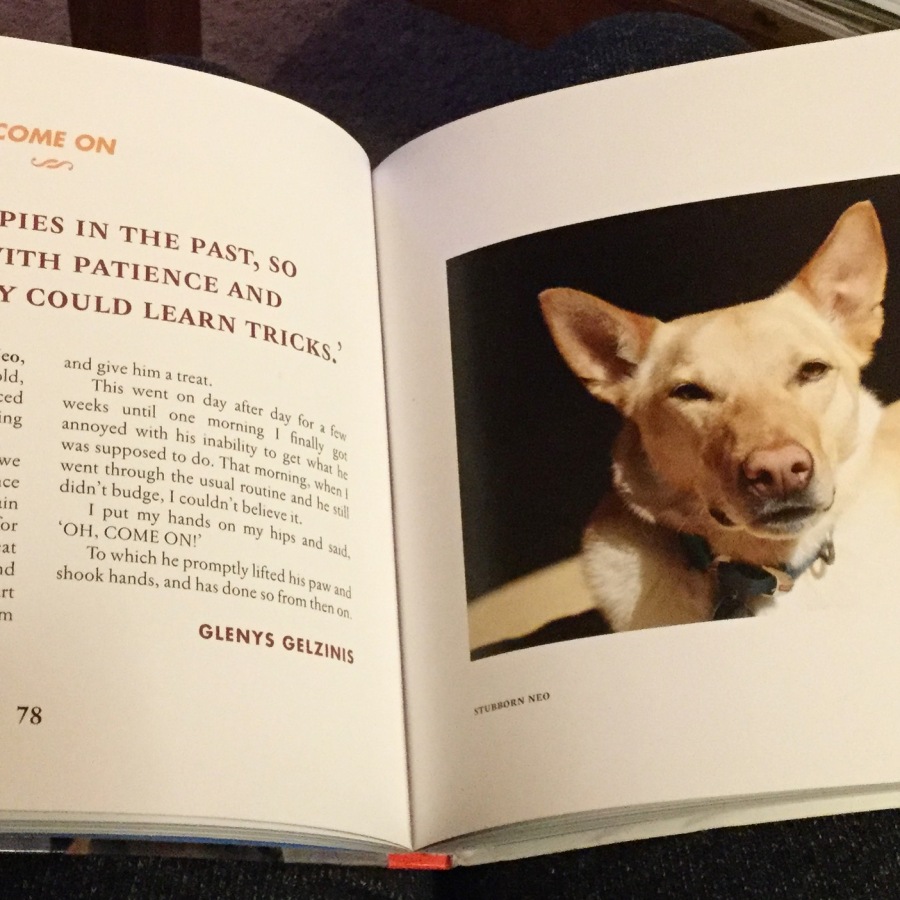 So with Christmas coming up why not buy something for the dog lover in your life and know that you are giving to some very worthwhile organisations. The book can be purchased from all good book stores and online shops and check out the AWDRI website for books, calendars and more. And if you’re looking for a dog that is full of gratitude and affection, look no further than a rescue dog. Adopt don’t shop!

A little (bedraggled) ray of sunshine 🌻 during this temporary glitch to summer in South Australia.🌧
Now that’s a sign that we all pay attention to,🐍 but what about the low down snakes who steal property when you’re staying in caravan parks?
Looking forward to February’s travels. ☀️😎
January’s highlight reel. 🥰 The first caravan getaway for 2023 ~ summer fun at Moonta Bay with family and friends. 💙✌️ Yorkes is a brilliant region of South Australia with crystal clear water, uncrowded beaches and excellent fishing, and February is a perfect time to go, now that work and school has returned for many. 😉 #caravanholidays #caravancorrespondent #familyholidays #moontabay #moontabaycaravanpark #yorkepeninsula #coppercoast #visitcoppercoast #australia #southaustralia #goodlife #australianbeaches #jaycoaustralia #southaustralianbeaches
There’s only a few days left to grab a copy of the December/January Fishing SA mag before the new issue hits the stands. 🎣 Don’t miss my tips inside for a squidding safari, (where to catch them and where to stay) on Eyre Peninsula. It’s a good one to keep tucked away in the caravan and refer back to next time your tripping around South Australia’s west coast.🦑
Summer of ‘23 ⛵️