We left Western Australia with some sadness, thinking about all the good times and great experiences we had in that state.  That now makes it every mainland state and territory in Australia that I’ve been to. Pretty happy with that!  We headed into the Northern Territory, a place we’ve been to quite a few times over the years but haven’t visited for over a decade.

More long stretches of road were ahead of us, but you know you’re in the territory when these road signs start appearing.

The vegetation was changing, we began seeing pandanus palms and a more tropical feel in general and roadside burn offs were happening, evident by all the fire kites (whistling kites) hovering overhead.

We stayed one night in Katherine at a caravan park we were familiar with, the Low Level Caravan Park, and it was still just as appealing with a cooling pool and giant fig tree where there is an outdoor restaurant open during peak season. 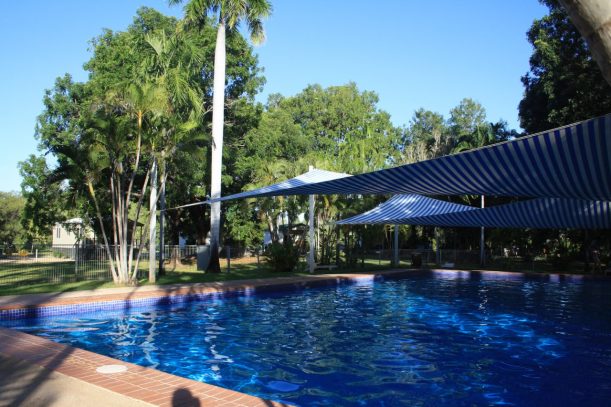 Next day it was into Darwin. There were old friends to see and a city to explore to see how it had grown since our last visit.

Some things never change, the lush gardens full of palm trees, geckos barking outdoors, green tree frogs and lots of dragonflies, a sure sign that the dry season is on its way,……. apparently. 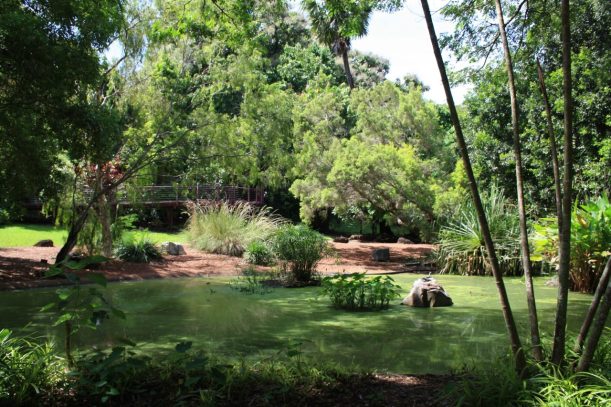 Visiting Darwin city we were struck with how many more high rise buildings and apartments there were.

Driving around to East Point and along the esplanade gives you a better overview of the city and the green and shady parks on the foreshore are a good spot to stop for a picnic.

The tropical gardens and houses were looking stunning after a very wet, wet season.

The city itself is a mix of the old and new with some beautiful architecture including Government House, Parliament House and the old Courthouse and Police Station. 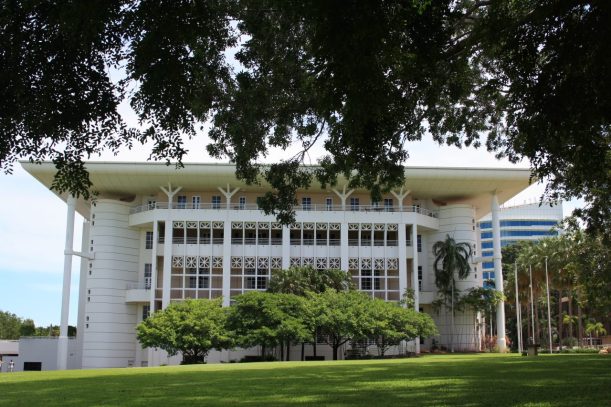 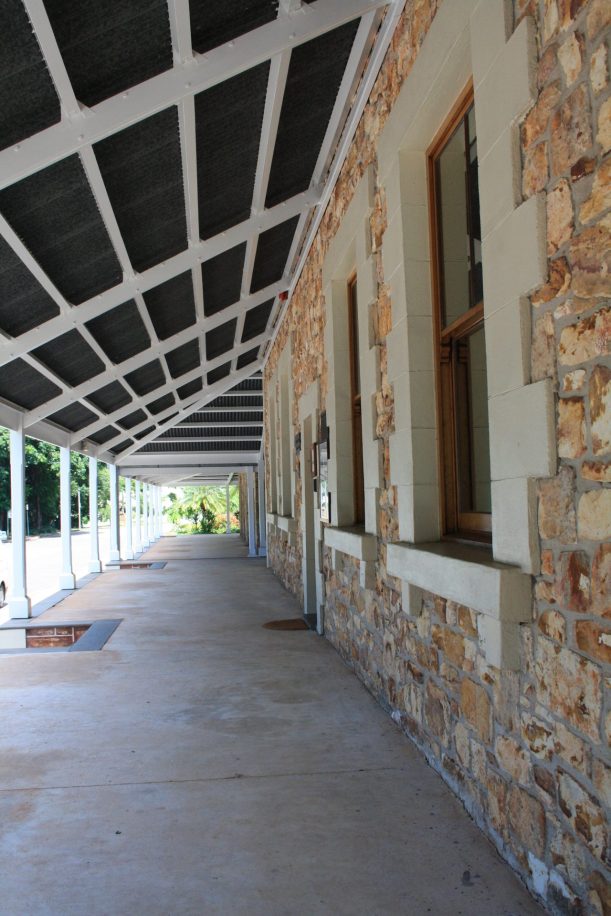 Stokes Hill Wharf is a short drive from this area and is a popular destination with outdoor dining and it now also has a combined RFDS and Bombing of Darwin tourist centre to explore. There is a convention centre and a sky bridge connecting this waterfront area with the city centre, making it easy to walk to the different areas. 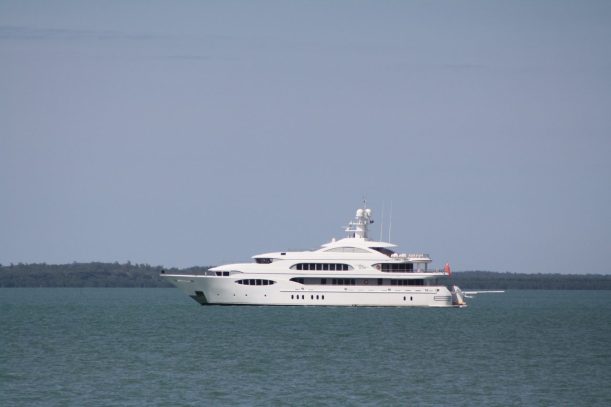 Its an easy walk to the centre of town and the Smith Street Mall is full of great shopping, shade and the Galleria for good food. My favourite find, Embella Jewellery a locally made range of beach themed pieces.

We tried to pick activities to suit the weather conditions so while the weather was fine we took a drive to Litchfield National Park. 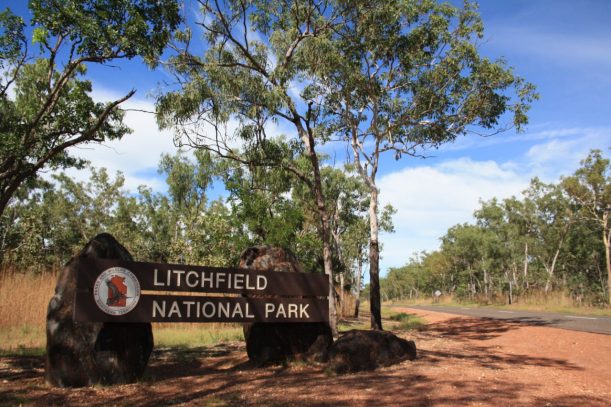 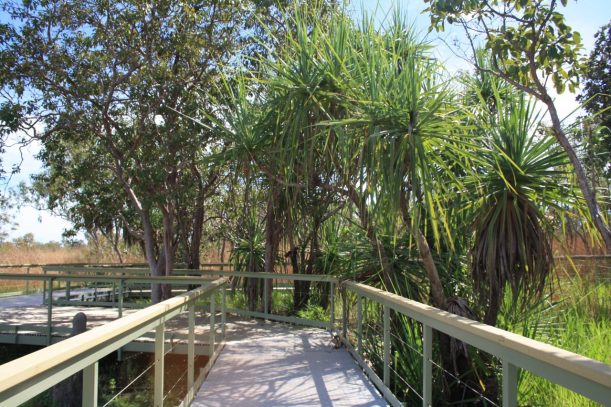 The Territory has just had one of its wettest wet seasons for years so we thought the waterfalls would be looking spectacular.  We certainly weren’t disappointed.  Wangi Falls was accessible but you couldn’t swim there, the water level was high and the falls were pumping providing a cool spray.

Tolmer Falls and Florence Falls were looking their spectacular best and a dip in Buley Rock Holes was a welcome relief from the humidity at the end of the day. 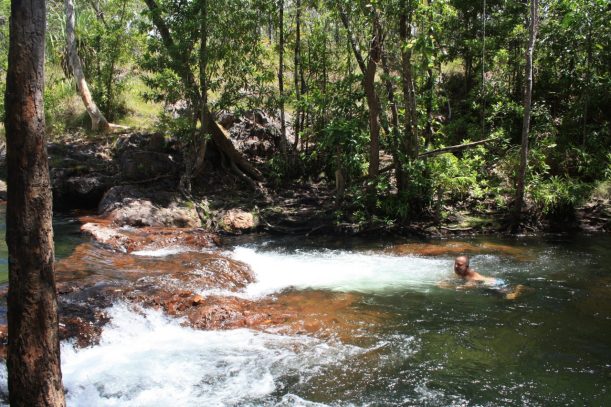 The wet season is still making its presence felt with some days bringing cloud and the odd burst of heavy downpours so the humidity has been fluctuating between 60 and 90%.

On the hotter days it was a good opportunity to look at the marinas, the boats moored in them and the expensive real estate. 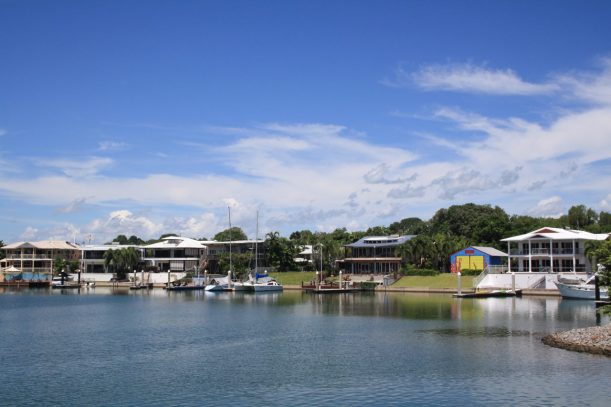 There are some good places to eat at the various marinas, but this one didn’t appeal to us. Perhaps an unfortunate choice of names! 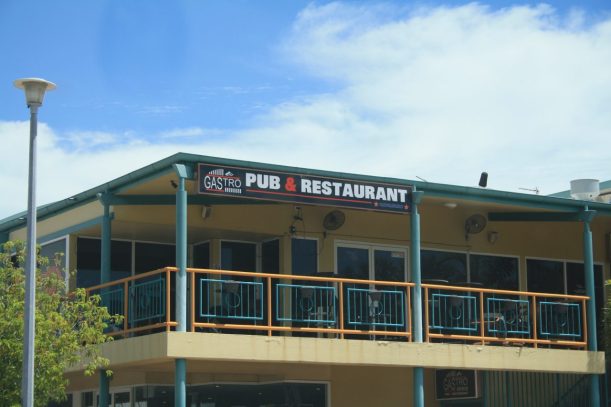 Another must do when in the city is to go to the Darwin Botanic Gardens. Lots of shade if its needed as well as flowering tropical plants and water features. 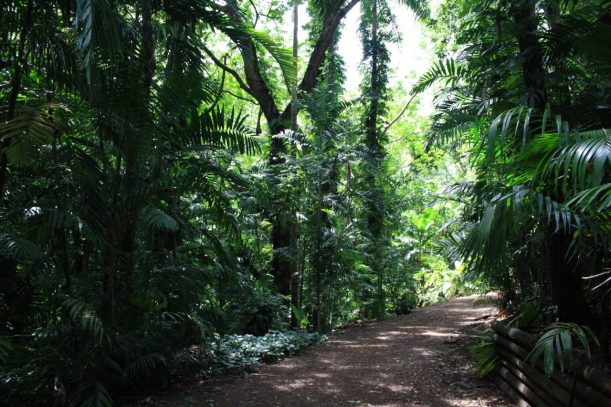 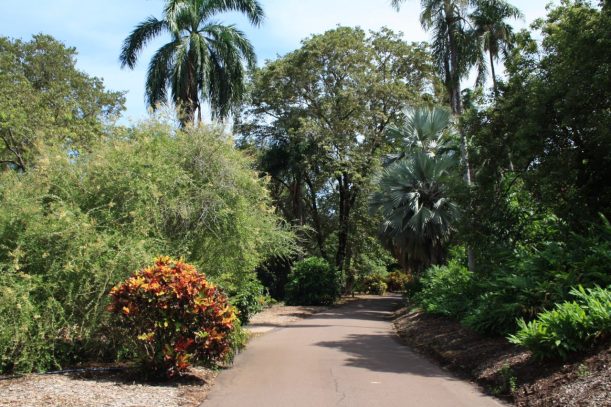 The orchids were a highlight. 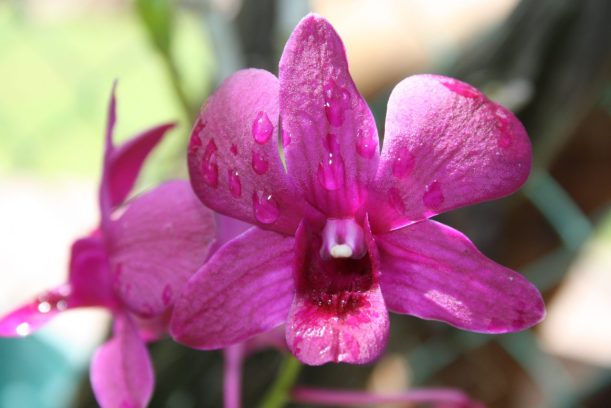 And one of our favourite places to visit is the Darwin Museum and Art Gallery. 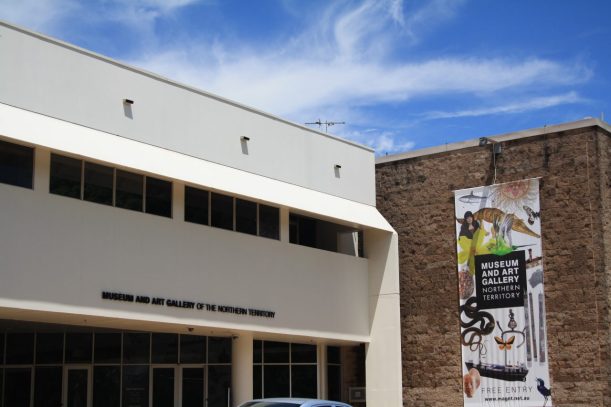 Amongst its displays of shells, birds, and tropical habitats, there is a feature wall of sea life found in these tropical waters. Its a special place for us to visit as the cast of the marlin is from the actual fish caught by a friend of ours. 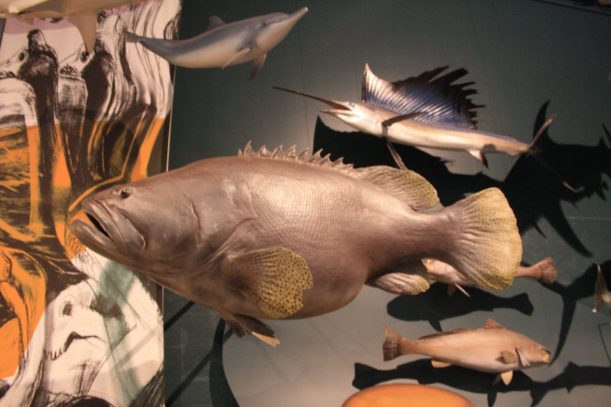 There is another section of the museum that is very sobering to experience and that is the Cyclone Tracy display.  This devastating cyclone hit Darwin on Christmas Eve 1974 and practically wiped out the city and surrounding suburbs. Because of the damage it wreaked the building code for houses was improved and the structures built today have to be able to withstand forces similar to Tracy.

And no visit to the Darwin Museum would be complete without seeing the notorious “Sweetheart” the 5.1 metre saltwater crocodile which was responsible for a number of attacks on boats in a period during the 70’s. For public safety he was captured and was intended to be moved to a crocodile farm in the Territory, but unfortunately drowned in the process. His age was estimated to be over 50 years. 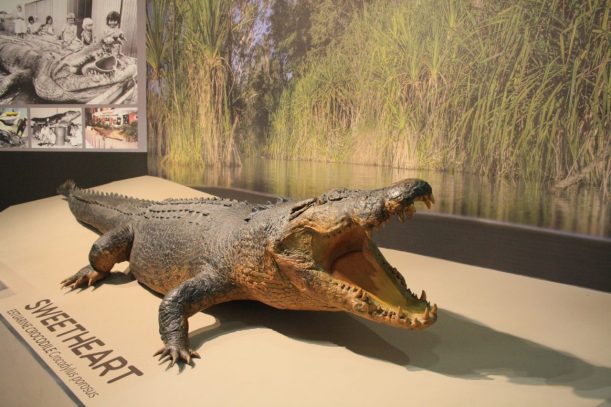 The weekend in Darwin brought with it Markets and they do them well here.  On Saturdays and Sundays you will find them even during the wet season (Mindl Beach markets unfortunately won’t be on until May). The favourites for us were Parap Markets, Freds Pass and the busiest and best, Nightcliff markets.

And so our time in Darwin is coming to an end with precious time spent with friends and their hospitality greatly appreciated.  As we head off back southwards towards home we will be sent off with a possible cyclone forming on our tail.  As I write it is teeming with rain outside and this tropical low off the Darwin coast is expected to form into a Category 1 cyclone, which will be called Frances. It is however expected to head away from us in a south westerly direction over the next couple of days, if the weather models are correct.

Time to leave our friends and their beautiful oasis in the territory and hit the road again! 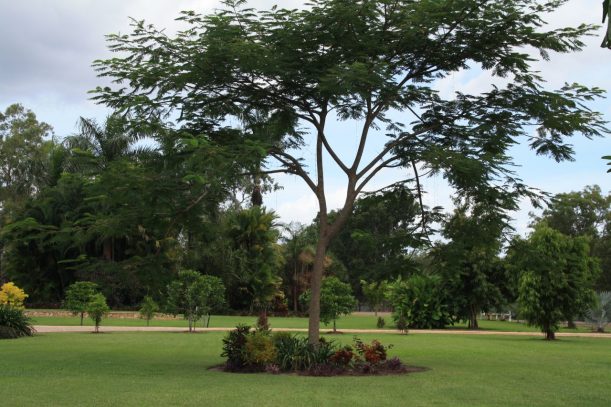 One thought on “Destination Darwin”