A microbrewery in the heart of the city has to be a good thing especially when the brews are complemented with great food with a Portuguese twist. The venue is called Lady Burra Brewhouse and its popularity is still high four years on from when it first opened in Topham Mall Adelaide, the first brewery in the CBD. 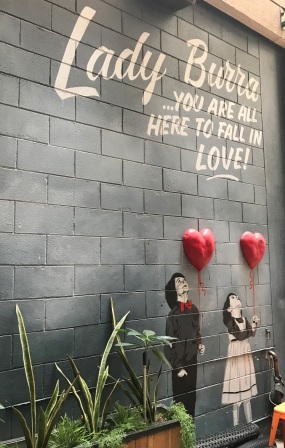 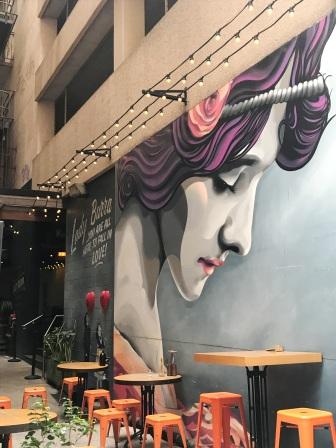 There is a lot to see inside the brewery too with a wall of crates displaying the beers, a chalkboard explanation of the brewing process, two wood ovens for cooking the pizzas, breads and roasts and big windows where you can view the brewing tanks. The décor is a mix of raw timber, a bank of pallet seating and a metal industrial look, including the table cutlery holders. The beams in the building came from the Wallaroo jetty in South Australia’s Yorke Peninsula. 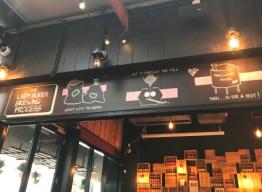 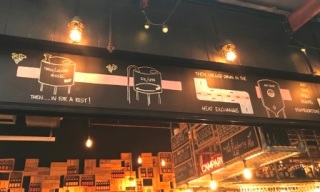 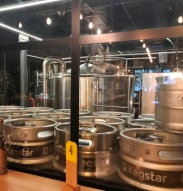 There are a number of spaces to comfortably settle in for a while indoors or out to sample the food and beers. With 7 brews to choose from including a Pilsner, Pale Ale, Red Ale, Nitro Stout and Porter, you’re bound to find something to your taste. As well as these you can select from a big range of red and white wines, fizz or cocktails. To accompany the beers there is an assortment of wood oven pizzas or try something a little different such as Portuguese meatballs, fish cakes, paella croquettes and vegetarian options served up tapas style. 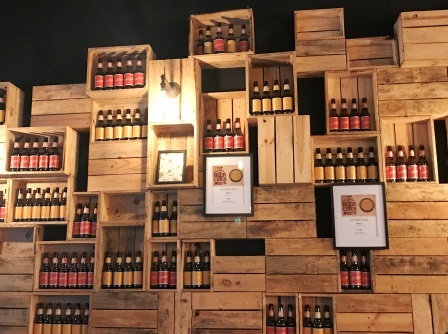 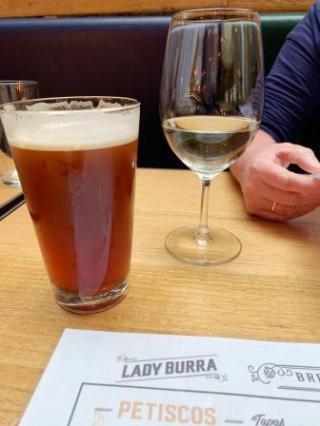 A little (bedraggled) ray of sunshine 🌻 during this temporary glitch to summer in South Australia.🌧
Now that’s a sign that we all pay attention to,🐍 but what about the low down snakes who steal property when you’re staying in caravan parks?
Looking forward to February’s travels. ☀️😎
January’s highlight reel. 🥰 The first caravan getaway for 2023 ~ summer fun at Moonta Bay with family and friends. 💙✌️ Yorkes is a brilliant region of South Australia with crystal clear water, uncrowded beaches and excellent fishing, and February is a perfect time to go, now that work and school has returned for many. 😉 #caravanholidays #caravancorrespondent #familyholidays #moontabay #moontabaycaravanpark #yorkepeninsula #coppercoast #visitcoppercoast #australia #southaustralia #goodlife #australianbeaches #jaycoaustralia #southaustralianbeaches
There’s only a few days left to grab a copy of the December/January Fishing SA mag before the new issue hits the stands. 🎣 Don’t miss my tips inside for a squidding safari, (where to catch them and where to stay) on Eyre Peninsula. It’s a good one to keep tucked away in the caravan and refer back to next time your tripping around South Australia’s west coast.🦑
Summer of ‘23 ⛵️