A travelling light show is making its way around coastal regions in South Australia, connecting communities through a massive light show which is being projected onto everything from silos to sheds, town halls, a lighthouse and even a ship. The projected images are a mixture of animation, art, storytelling and photography and it’s designed to be flexible so that it can shown on various shaped and sized buildings.

What they have created is a beautiful light and sound show that is suitable for the whole family and brings communities together in public places to marvel at the large scale visual feast, while listening to stories of history, tall tales, funny anecdotes all with colourful art and animations.

This travelling road show has been visiting coastal towns in South Australia during August and will continue throughout September as part of the SALA (South Australian Living Artists) Festival. They started in Port Pirie and have taken this unique show to towns along Eyre and Yorke Peninsulas and I was able to see it in Goolwa. On a chilly winters evening it was a sea of people of all ages in deck chairs or on rugs at the Goolwa wharf area, where everyone witnessed the show which was projected (from a van) simultaneously onto two buildings enabling everyone present to get a good view. One of the buildings was the Fleurieu Distillery shed which with its distinctive logo of 2 boys piddling, made for some interesting additions to the artwork. 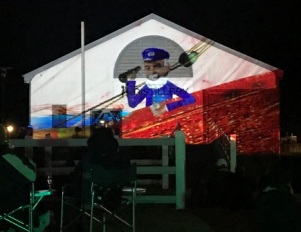 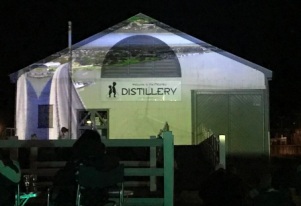 Altogether there will be 16 stops showing this wonderful maritime heritage experience and it will culminate at Port Adelaide on the 27th – 29th of September, where it will show on the ketch ‘Falie’, which is commemorating its 100th year in 2019.

As well as this rolling show, some permanent projections have been set up including on the Karoonda Silos, Main highway, Karoonda – on every night from sunset for 3 hours, on the Story Wall at the State Library of South Australia – every night until midnight and on the Victa Cinema in Ocean Street Victor Harbor – every night for 3 hours. 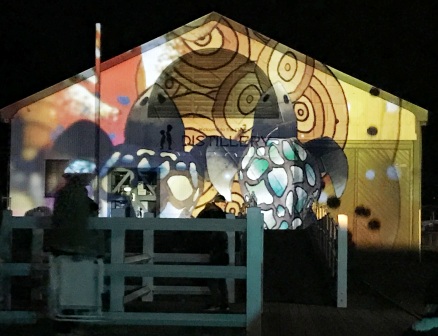 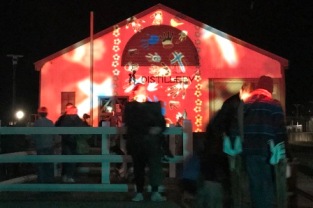 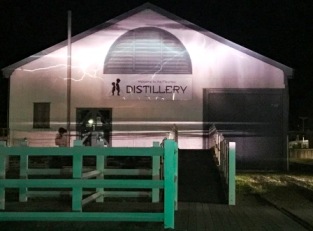 The Illuminart show is quite a sight, lasting for about an hour and despite the cold evening had the crowd enthralled with local stories, environmental pieces and other important stories from South Australian coastal towns. If you get the chance to see one of the upcoming shows I would recommend it or keep your eye out for one of the permanent projections when in SA. Just remember to take a chair, a rug, wear your warmest clothes and take a camera with plenty of battery charge and card space!