Travelling through the Mallee region of South Australia will lead you to one of the painted grain silos that is part of the Australian Silo Art Trail. This art on a grand scale can be found in the town of Karoonda, a little over 145 kilometres east of Adelaide.
The name Karoonda comes from the aboriginal word for winter camp and the region is best known for its wheat production and Merino sheep. These are just some of the local region images encapsulated on the silo, along with eucalypts, birds found in the area and a couple of local icons, Diamond the sheep and Whiskey the kelpie. 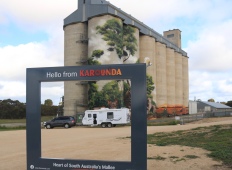 This incredible mural was painted by the artist Heesco, a world renowned street and mural artist, born in Mongolia and now living in Melbourne Australia.
The mural also features a mallee sunset and the railway heritage of the past. 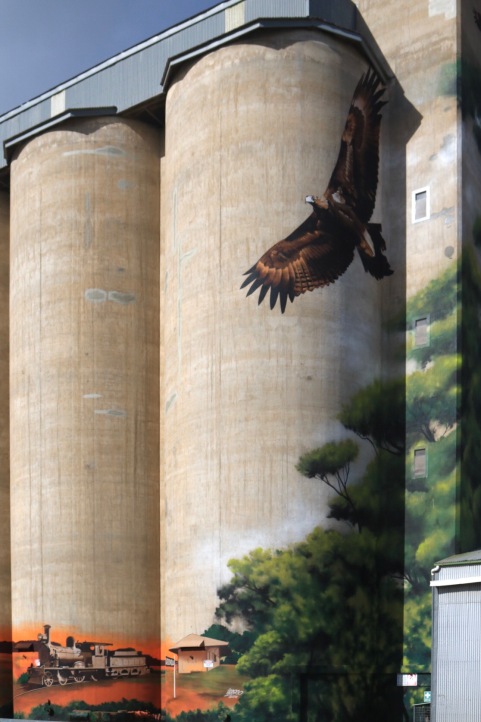 A large section of the silos have been left unpainted though and that’s because they act as a blank canvas for an illuminated art projection at night. This permanent display was created by the very talented people of Illuminart Travelling Light Show, who are also behind some other amazing art projection shows.

Near the silos you can also find the big(ish) ram. This statue was created by artist Andrew Stock and celebrates the areas sheep and wool industries. The base of the statue is surrounded with tiles that were created by local children, depicting scenes of the region.

Make sure to put the Karoonda silos on your touring list for South Australia.

A squadron of pelicans 💙
Tonight’s roost 💛
Aaaaaaaaaaand....we’re off 🚙 🌊 🎣 🐳 ☔️🔥
Just in case you haven’t had enough drenching in Adelaide lately ☔️ here’s a bit more water to find, now that we can get out and about again. 💃🏼
Calm before the storm ⛈
R.U.O.K?